Waiting in Hope (When You Want To Be Married) – Melodie Malone, Passion Music 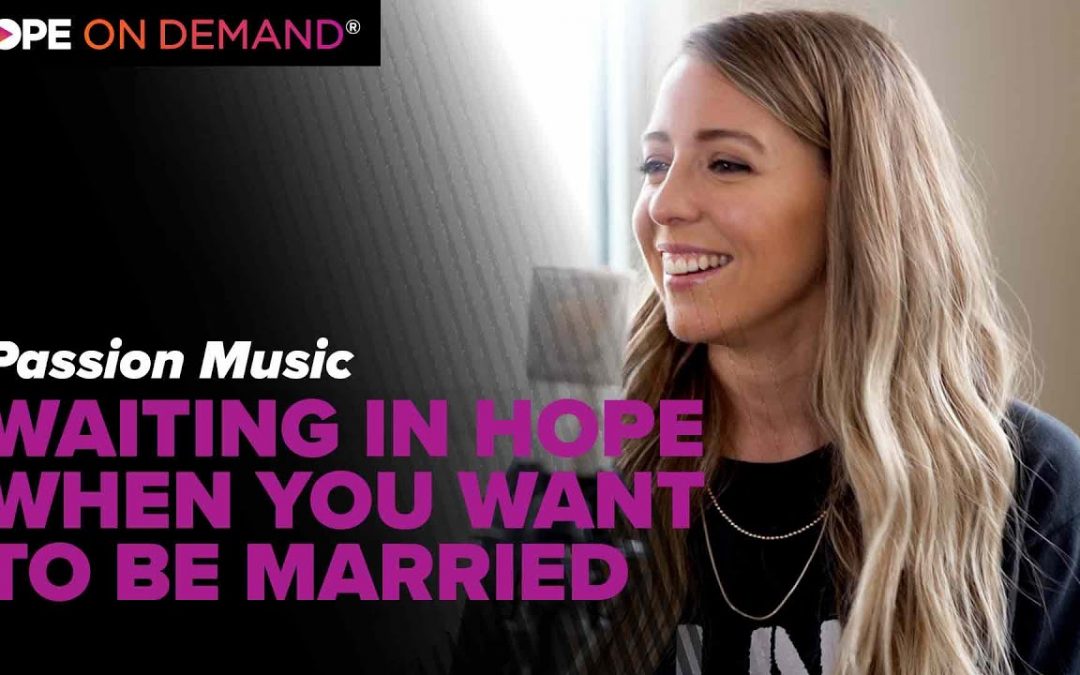 I haven’t talked about it a lot. Honestly, I think it’s because I never wanted it to be my thing. Like I never wanted it to be what I was defined by. But the reason I talk about it now is because I believe that it will help somebody else who’s walking through the same season realize I’m not alone.
I’m sitting in a season of still waiting on God to answer some things for me and some deep desires that I have that I have seen unfulfilled. So, being able to say I’ll follow You anywhere is saying even if this doesn’t come true, even if I never get married, even if this comes to pass, will I trust you in that?

And then it’s being able to lay that down and surrender and say whatever you have, I know that’s better. So, following God a lot of times can look like waiting on God. Saying, whatever it is, I surrender to that.

It’s not just singleness. We have friends that are trying to have kids right now. I think at the deep issue is trusting God. Do I believe that Your plans are the best for me? It’s being really true and really honest with God and believing that that he has put desires within you and that there’s a certain reason. And ultimately, all of those things are so that he gets the glory.

For some reason, God has put this on my life and this is the mantle that I carry currently. And so there’s a purpose in that. I don’t want to stuff it down and hide it, because I can share and say, hey, I am walking through this, this is the reality of where I’m at.
At the end of the day it’s saying if this is what you have for me, then this is what I want.